I just got back from a week-long horseback trip with my good buddy JT. The main destination was Lake Minaret in the high Sierra’s, but before we embarked on that leg we first did a Milky Way shoot at Mono Lake and its ever so mysterious Tufas. Mono Lake is about 13 miles East of Yosemite off Hwy 395. The lake is basically landlocked, it has no outlet and for over a million years salts and minerals have washed into it from the Eastern Sierra streams raising the salinity levels to 2.5 times that of the Ocean, and during the same time forming these otherworldly looking stalagmites underwater. Since the early 1940’s water has been diverted by Los Angeles County before it can reach the lake, and since then the level has dropped dramatically exposing these Tufa like forms. 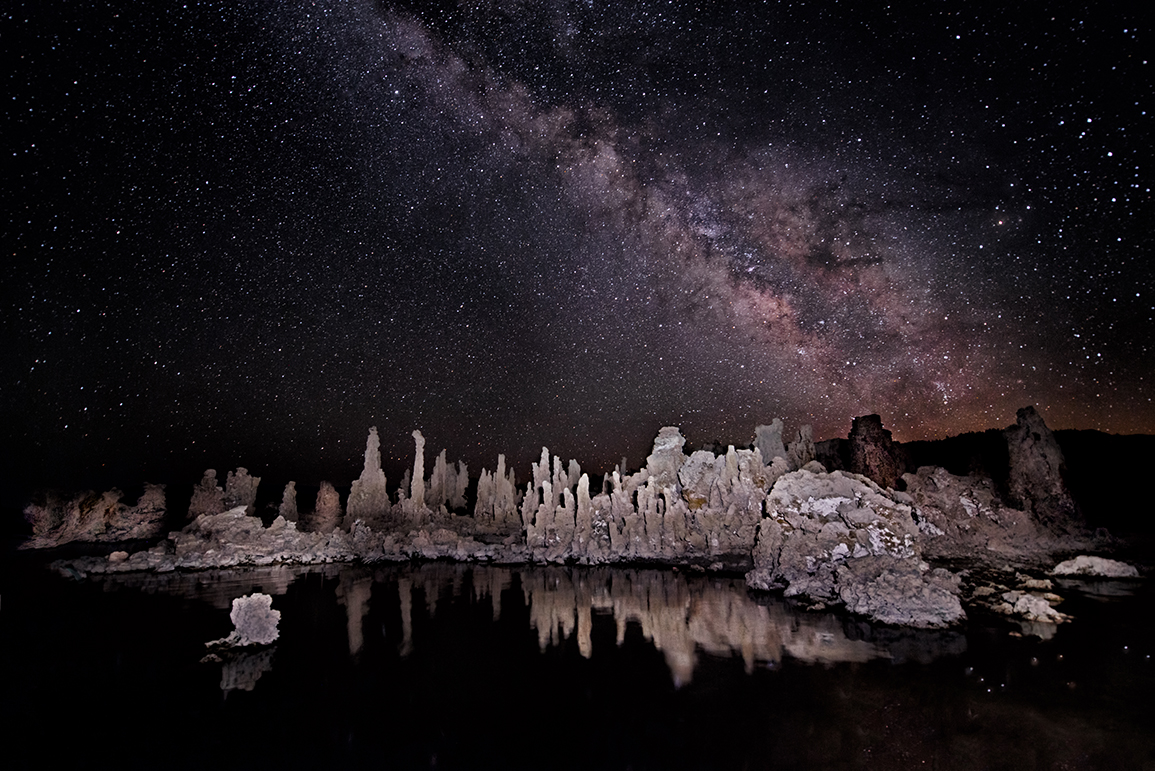 Our goal was to get there while it was still light  and scout out the best composition, and then just wait for the wee hours of the night for the stars to be in full bloom. Knowing where the Milky Way will be and when, is made a lot easier by using a handy app called Star Walk, it shows you the entire night sky in real time. Very cool. That way you will have a better idea of how to setup your shot

To get this shot we waded into a small bay where the water was somewhat still and I positioned myself and my tripod on one of the squattier Tufa’s. If you have never experienced what it is like to sit on a Tufa imagine sitting on very sharp and gnarly concrete. It made short work of my pants and ass. Just another example of the sacrifices made for my fans which are currently about 7 of you, hopefully.

The act of painting the Tufa’s with light is trial and error; hold the light on them too long and you will burn the subject, to short and you underexpose it. The other problem with this composition was not only was it wide but deep as well. Its tough getting light to the deepest Tufas without burning out the closer ones. That is where the trial and error come in, sometimes you may have to use multiple images to even out the entire scene. This was done with one image, JT skills with the flashlight were impressive, he must have learned them at an early age when he prowled our neighborhoods. (I kid).

This was taken at 15mm, f2.8 at 25 seconds, one image. Technically I could have used two images; f2.8 for the stars and f8 or so for the Tufas, that would insure both are tack sharp. The Tufas were being light painted by JT from my left side. There was a zero moon which meant the stars were abundant and brilliant. Having said that, a bit of the moon can sometimes help you light an area such as this scene naturally without a flashlight. You would need a much longer exposure for the Tufa’s and a exposure of less than 30 seconds for the stars and both would have to be blended for the final image.

Here is a preview from our trip at Minaret Lake, I’ll have more in my next blog: 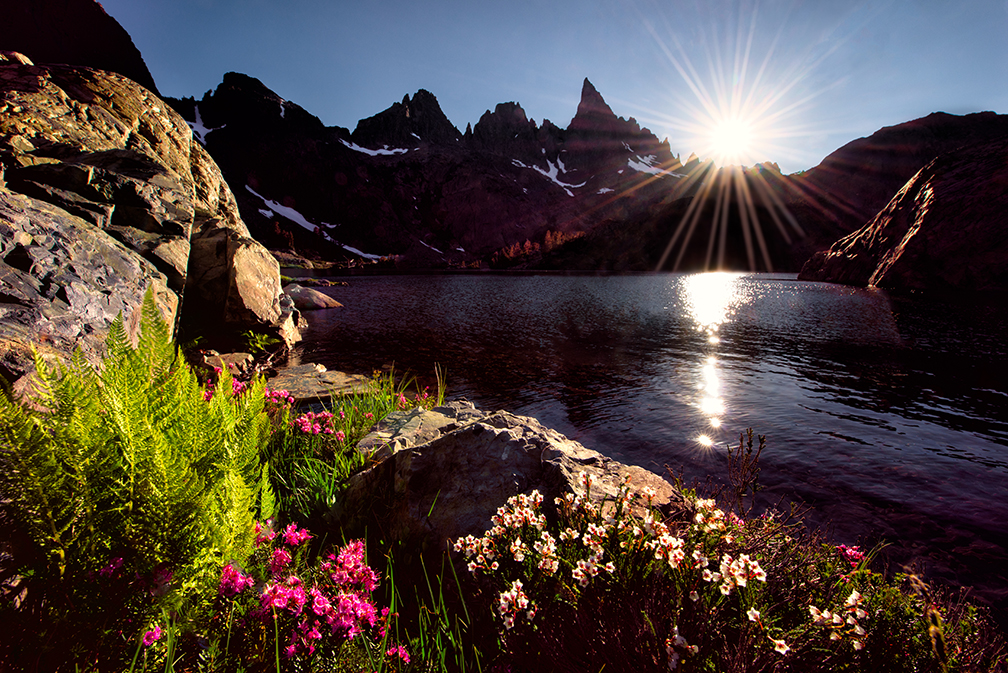 That is it for now, check back for my next blog or go to my gallery for more shots from the trip if you can’t wait.  www.dougsolisphotography.com/Landscapes/Most-Recent-Work